Hi, Peter. I hear you’ve had a good feed tonight.

The meals here are lovely. Mind you, I’ve never been fat, always skinny. When some food is put down in front of me — well — what can I do, eh? I just get into it — well — that’s the polite thing to do, isn’t it?  You don’t want to give offence.

So you force yourself to eat?

It’s not an effort. Yvonne is a good cook.

Looking back, I remember that sometimes our family scratched a bit, but we never starved. But the grandfather, Old Phil, he nearly did, on Great Barrier Island, when his father took the family over there. 1860s. His mother’s kitchen was a canvas thrown over the branch of a tree. Storms. The boats couldn’t get in. The local Maoris showed them how to survive by eating pipis and thistles. Milk-thistle, that is. Puha.

I researched that event. Old Phil’s father, Edward, took his family to The Barrier after he got a ‘bush licence’ to establish a Tryphena Hotel.  His brother-in-law, John Reade, may have helped. John had brewing experience, and he went too.

I think Old Phil’s father was looking for a new start. He was recently discharged from Mt Eden prison after spending three months inside for embezzling £1. The whole economy was depressed at the time. Mid 1860s.

That’s what happens. People have to eat. As young men your father and I also lived  through a depression. ‘The Great Depression’ they called it. The whole business world was depressed. Things were a bit desperate. You had to make do in all sorts of ways. Mum was into sewing — she was a past master at mending. People made do, It didn’t matter what it was — socks, bicycles, vegetable peelings — people worked to get the most out of them, to keep things going. Today they’d toss it out — they’ve no idea about hard times, no idea at all. Some of the early ones knew real hunger — Old Phil did. We scraped through.

So money was short in the Leyland household?

Dad was always scratching. He never had lots of money.

I vaguely remember the need for a car emerging. I think we didn’t get our first car until he was into his second marriage, 1931 or so. There was an old second hand Dodge — a Yankee car — very reliable. We used it to go to work in, logging. Then I think he was living in Ashhurst, renting I think, out in the country it was. Eventually everyone had to have a car to cater for the needs of a family.

I was sharing my life with Dad and his new wife. Old Phil was around, and my Aunty Florrie. College Street. Mum was somewhere else with brother Fred. Domain Street. All a bit of a mixup. You needed a car.

Did Old Phil have a car?

Never! He never had a car. He’d have nothing to do with them. He’d rather walk. Old Phil was definitely a horseman. He was out-of-date in a sense — he had no time for motors. The only horsepower he liked was from a real horse, a riding horse, or a draught horse, or a race horse — that’s what he went for. Real horsepower.

Your half-brother John told me that while he heard talk of a Dodge, he actually remembers a Wolsley with an overhead cam engine. Of course, he gets into details about cars.

In those days the Wolsley was one of the top English machines — prestigious — with a bit of a name. The car was a bit upmarket. It had a starter motor, so you didn’t have to crank-start it. A big leap forward. Very sophisticated. Raised eyebrows. A driver would smile when he started up the engine without having to go around the front and crank it. Impressive. For a treat a kid would be allowed to press the button.

I remember one incident when Dad took the Wolsley to a local mechanic — a friend no doubt, who worked from home. He had a garage out the back, and Dad said, ‘Take a look at it. It needs a bit of a tune-up.’ Things were done all local if possible, and on the cheap. That Wolsley was around the family for some time, as I recall. I drove it myself a few times.

Of course, if I remember rightly, Wolsley didn’t make just cars, they made all sorts of machinery, Wolsley shearing machines — all sorts — that’s why they were popular with farmers and contractors. They had a name.

So, your father must have had some money then.

I doubt it. Probably second hand. That’s how it was for his family in those days. 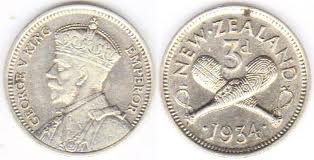