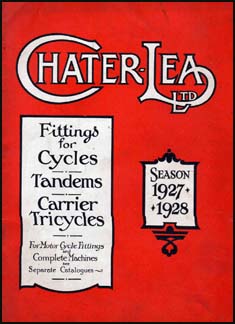 We’ve had rain today. Did you watch the All Blacks play France last night?

No. That whole rugby thing, it passes me by. Not interested at all. Not even as a boy did it hold any appeal. Us boys — it was mainly the two of us, just Bill and I, because Fred was younger and living with Mum for a while, because of the split up — but us two older ones, we were always individualists. For some reason or other we weren’t into the common happenings, not part of the herd. Was that good or bad? I don’t know. It’s how it was for us. Individualists. Me and your dad — not into team sports.

Bill got into his shooting. What we loved was getting out into the bush. Hunting. You could say that was athletic in away. Hard tramping, a bit of a slog. But we had fun. Some lads got into the rugby and sports.

My son, Rob, joined a Rugby Club and got nicknamed ‘Legs’. His team-mates would shout, ‘Give the ball to Legs! Pass it to Legs! Go Legs!’  It’s fun to watch.

Well, I do remember one thing, as a youngster I had an ambition, an urge you might say, to be an athlete. Athletics appealed to me for a while, so I joined up and went to the training sessions. Well, that was okay, but after the session they got everyone to have a shower — a COLD SHOWER! COLD! I couldn’t tolerate it AT ALL! Hated it! Even now, anything to do with cold water and I try and dodge it.

I’m not a fan of water either. The swimming pool at Palmerston North Boy’s High School helped kill my interest. The water was so green and slimy we had a saying, ‘Too thick to drink, too thin to plough.’

Water! I hated the stuff! It was okay to be on top of it in a rowboat, and to pull fish out of it. But COLD SHOWERS! I gave up on the idea of athletics! Athletics held no appeal after that. Tossed it in.

But I had a mate who was keen on cycling — competitive racing — and he persuaded me to have a go at that instead. I switched over. I went over to cycling and bought a racing bike. Mind you, I didn’t set any records, but it was good sport, and you didn’t have cold showers.

What were racing bikes like in those days? Bone shakers with solid frames, huge bolts, wooden wheels?

You’re having me on. See, there was this bloke, John Dunlop, and he‘d invented pneumatic tyres. Very comfortable to ride on, and as lads we knew how to handle them. They punctured easily, but we knew how to fix them ourselves. We’d pull out the inner-tube, pump it up a bit, and, with the aid of a bucket of water or a bath filled with water we’d plunge the tube in and look for the air escaping. Even if the hole was only the size of a pin-prick — too small for the eye to see — you’d see the stream of air bubbling up. We’d mark the spot, dry it off, and stick on a patch.

Did your racing bike have gears? In the 50s my Raleigh Sports had Sturmey-Archer three speed gears. Very smooth and efficient.

Well, they had invented cycle gears, but in my day I had a friend in a bike shop and he knew a thing or two, and he said, ‘Peter, stay with the fixed gear.’ That was even the case for those racing bikes. Cycle gears were not too reliable back then.

And out of all the brands available there was one make of bike that took my fancy. It stood out.

They were all well known, and there was B.S.A too. B.S.A. made push-bikes as well as guns and motorbikes. But none of those brands took my fancy. The one that I got was a Chater-Lea. I’ll spell it for you. C-H-A-T-E-R-L-E-A.

Never heard of it.

I’m not surprised. Chater-Lea was not a common everyday bike, not run of the mill, it was something special. In fact it was ‘The Thing’.

Of course, that’s all long gone. Those days are ancient history, but there was a sequel — many years later, something in the memory. I was working at Longburn — the dairy factory — and one day this worker who’d seen my racing bike comes up to me announces that he likes it. He ‘admired it’ — that’s what he said, ‘Admired it.’ His exact words. And as I had no further use for it, and this chap offered to buy it from me, I sold it. So this chap he took it and gave it to his son. Well, after a while this son of his had an accident, and a truck ran over MY BIKE, and completely wrecked it. MY BIKE!

I was sad about that. See, I’d cherished it, and it was wrecked! MY BIKE!

Of course, in Palmerston North, bikes were part of the way of life, and another thing comes to mind. Sometime later I was working in the boiler-house at the hospital. The boiler was a huge coal-fired thing, and that sort of set up produced lots and lots of ash. So they employed a Maori labourer, a real worker with plenty of energy, and he did the dirty work. One lunchtime I noticed this Maori bloke was looking upset so I decided to have a chat to him and try and cheer him up. ‘What’s on your mind?’ I asked.

‘Some bugger knocked me off my bike!’

Now, because I knew how bad it was to have a well-loved bike wrecked I felt sorry for him. ‘Is the bike broken?’ I asked.  And he said to me, ‘No, no. The only thing I broke was my pants.’

An interesting turn of phrase.

‘… I broke my pants!’ It stuck in the mind. How do you break your pants?