… John, another name has come to mind. Dr Peach. Florrie not only worked for Lady Chaytor, but also worked for a local doctor. Dr Peach.

And she had stories to tell about him?

Well, yes. But there were lots of stories going around about Dr Peach — doing the rounds — things that were general knowledge.

Dr Peach was a notorious man — a good doctor, one of the best, popular — but he had a reputation. He was known as ‘crude’, and ‘rude’ and very outspoken. Dr Peach didn’t mince words. In fact he had a reputation all over the country, both as a doctor, and for his statements. Abrupt.

If you were really sick, people would say, ‘Go and see Dr Peach’.

If you had a problem, ‘Go see Dr Peach’.

So he was very busy. In demand. But he wouldn’t stand any nonsense.

Did you ever meet the doctor?

Well, I may have. I don’t have a clear recollection of it. But he was a well known man. An identity, connected to the Army, and the hospital, and the orchestra. The thing about him that sticks in my mind was that he was especially popular with the ladies. Oh yes, they thought he was great. Of course he had that reputation. He’d deliberately try and be outrageous. You could say it was his stock-in-trade. They lapped it up. I think he did it on purpose, no doubt about it. And most of the aunties and cousins were great followers of Dr Peach.

Now I remember hearing one of the stories that was doing the rounds — ‘general gossip’ you could say — it was about this lady who took her problem to Dr Peach. And this was a story that EVERYONE in Palmerston North had heard.

This woman, she knew the doctor very well. It seems she’d been a patient for some time. Well, she had a couple of boys, nearly teenagers, and she went and complained about them to the doctor. In fact it was more of a grizzle.

‘And when my boys get up in the mornings,’ she explained, ‘they have these big erections.’

Dr Peach had an answer.

‘Lady, there’s nothing I can do about your boy’s erections. Learn to live with it. But, I will tell you one thing. If only I could change places with them and be twelve again, I’d be able to have big erections!’

Everyone got to hear about Dr Peach’s desire for BIG ERECTIONS.

Did you get that story from Aunty Florrie?

There was no need to. It did the rounds. Over the back fences. On the street corners. Dr Peach liked to shock people.

But one thing Florrie did do was be the housekeeper for the doctor. She cooked his meals and cleaned his house, and she had one story to tell, about an experience that interested her.

In those days people sometimes kept a parrot as a pet, and Dr Peach had one. I think it might have been a big, colourful bird. And those birds could listen in to what was said, and could actually talk, in plain English. A talking parrot.

There was one occasion when the doctor had gone out — a busy man. And Florrie was left alone in the house, cleaning or dusting or whatever she was doing. And someone who wanted to see the doctor came and banged on the door.

‘BANG BANG BANG.’ But the doctor was out.

So Florrie thought she’d better do something about it, but before she could, suddenly — a loud voice — it filled the house — booming out.

It was Dr Peach’s parrot.

I don’t know! I presume the patient went around the back.

Florrie was more taken by what the parrot said than what the outcome was. 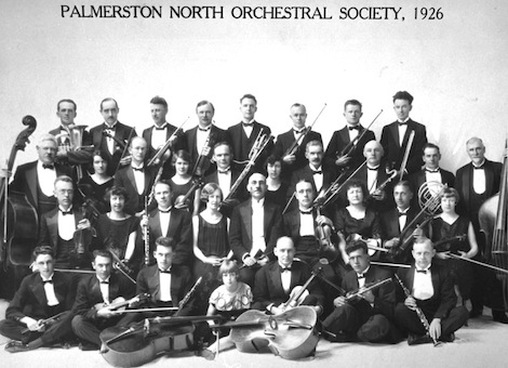 Dr C W Peach (President), at left of the third row from the front. Image by courtesy of the Palmerston North City Archives 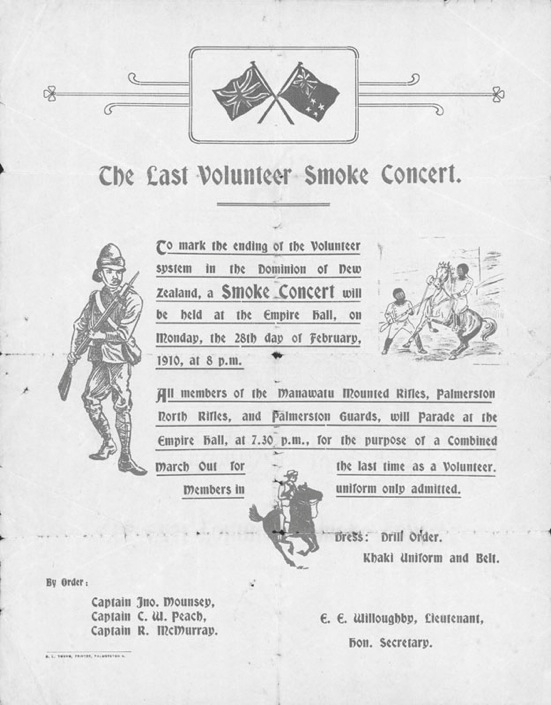