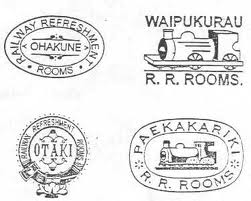 John, as schoolkids and as young teens, when we travelled about the country — to Halcombe or up the line to visit Aunt Harriet up Napier way — we’d always get a free ride. Dad had a pass called a warrant, a benefit from having once been a Railway’s man. And all around the country, at different stations, Ohakune, Palmerston North, Marton, Otaki, Paekakariki and the like, there were refreshment rooms.

Now, when the train pulled in at the station there was always a rush of passengers for the sandwiches and pies, or a slab of fruit cake, and you could get a ‘cuppa’ tea. But for us boys the tea they served was not at all to our taste. It was stewed and brewed and strong and was definitely not the Earl Grey brand we were used to. But there was always a rush for the refreshment rooms. Men poised on the carriage steps ready for the dash.

What I enjoyed was watching passengers after they got back on the train. The experienced travelers would hold their cups off to one side, but the careless ones and the new chums, they were the ones to keep your eye on. The steam-engine got uncoupled at Palmy, then went off to tank up with water. When it returned it always gave the carriages a jolt. The unwary spilt their tea, the knowing ones smiled. It was always fun to wait for the nudge and watch the results out the corner of your eye.

Yes, that was one of the interesting aspects of rail travel — of interest to the boyish mind.

But something I vividly remember was the coffee we got from the Railway tearooms. It was stronger than what we’d usually experienced, not that there was a lot of coffee drinking back then. The Railway coffee appealed to lots of people — stronger, tastier — and at first my thought was that it was probably made with hot milk, not diluted, not watered down like they did in some other tearooms and cafes.

See, I thought the explanation for the stronger flavour was because it was the Railways who were making it — The New Zealand Railways — The Government — and I thought they weren’t concerned about the extra cost of strengthening it up a bit. Most other coffee was bland — we had it as boys — not very appealing — but Railway coffee — it was international coffee. Good stuff. And it had plenty of sugar. NO STINTING!

Now, when we were going somewhere by train, we’d go to the station at Palmerston and wait for the train to come, and we’d make sure we would be there before the rush, so could get our coffee early, and enjoy it. It was a regular ‘coffee episode’ for us. It would set us up at the start of a trip for wherever we were going. And I decided I’d make some enquiries about how they came to have such a strong, interesting cup on the Railways.

Was it the smell? I remember that when Watson Brothers, the grocers in The Square, roasted coffee beans, they had a fan that blew the smell out onto the footpath. It brought in the people.

That was a trick. These days they’d call it ‘marketing’. And marketing is a ploy — a scheme — and there always appears to be something benevolent about it. They give away the smell and take your cash for the beans. The whole marketing system astounds me. And when it came to the Railway coffee I wanted to know the secret, so I asked one of the women, and one answer I got was that there was a little trick they employed, a routine thing that there was obviously some money in. Now the mug of coffee might have seemed like a little side job to these people at the refreshment rooms, but to us boys it was an important feature of our travel, and was a distinct improvement over what we experienced at home or anywhere else. One thing our dad always did was to encourage us to try and make sense of things. So we were in the habit of questioning and testing things out until we got our preferences. And what the Railways did was add a little bit of curry powder to the coffee, so it gave the coffee a curry sting, it bucked it up, it gave it a bit of a kick, a difference. And we had a few brains, so we experimented ourselves at home, and we proved it. A vast improvement.

I did read of mustard being put in Railway coffee to ‘liven it up’.

That may have also been the case, but some of our Wischnowsky women from Halcombe actually worked in the refreshment rooms at Marton Junction, and one of them was very clear about it. The whole secret to the coffee was curry powder, with hot milk and a bit of cream. It only took a bit of curry powder. So that was her version of it, and she was doing the job, and when we tried it out at home it certainly appeared to work. You could get coffee as an essence, sometimes with chicory added, or, if you really went in for it you’d get a grinder and a percolator. We did it the easy way — got the ready-ground powder and boiled it up. 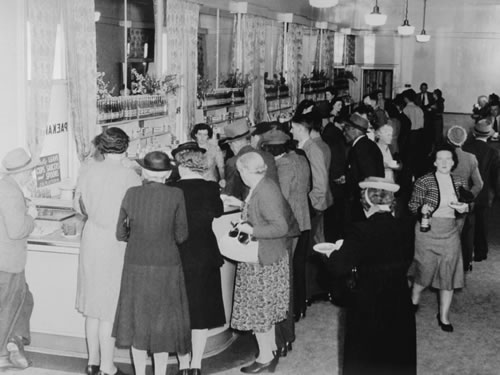