Peter, when you told me about your experience with morse code, I got the impression you went on to be a telegraphist of sorts.

Well, I did in a way, but that word was used for more than just code operators.

Even though I seemed to create a bit of a sensation when I turned my hand to sending the code, I didn’t actually work as a morse code telegraphist. That system of morse-telegraphy was a manual system. People were writing and then sending. Or people were receiving and then writing. Manual — but it worked well. But I got into another branch of it all — the manual phones, where there was just talking and listening … and there was something in that experience that stuck in my gizzard.

The Post and Telegraph people had a whole telegraphy system up and running, 24 hours a day, sending messages all over the world, all based on the morse code, and my boss — the teacher of the code — he was a professional, a senior manager, and he was supervising things. And the younger lads — us boys — we got exploited.

The girls, the ones who looked after the manual telephone system, sitting at their desks and plugging into the board, they looked after that side of things quite well. But the bosses sort of played a trick on us lads. We got stuck with doing the night shift. We started off as daytime telegram delivery messengers, but got drawn into the telephone side of things. Oh, no, they couldn’t have a girl out and about the streets at midnight, or early morning, so they put us lads into the exchange from 8 or 9 o’clock, and set us to answering the calls, manning the boards, for all night! We did the late shift.

I don’t mind telling you I got real sick of it — very browned off. When the shift was over we’d have to find a bed and try and snatch some sleep.

It gave me the horrors! Imagine that, on hot summer days, trying to get some sleep, with all the noise and the heat.

That was the main reason I opted out. I found something else to do.

You see, your dad and I only went up to Standard 6 at school. That’s what happened to most people those days. You went to school until you were about 13, then off to work. The thing you had to do was get the exam — the 6th Standard Proficiency Exam it was called. If you missed it, you had to go back for another year for another try. There was a higher exam, later on — Matriculation — a higher grade of the same kind of thing. It allowed you to progress further on with study, and you needed that exam to move on to University.

Bill and I got the Proficiency okay, but then it was ‘off to work’. Our family needed the money. You see, it was the same thing that had happened to our Dad before us. Off to work! We were scratching, but there was a bit of arguing about it. Old Phil, my grandfather, he said to me later, ‘Your father made a horrible mistake. He should have sent you off to high school, then on to college — to university. You could have been anything you wanted.’

So there was grandfather, complaining about what should have been, but it wasn’t to be. It all cost money, and we didn’t have money. Money was needed for fees, and board — and so we missed out — our start was delivering telegrams. 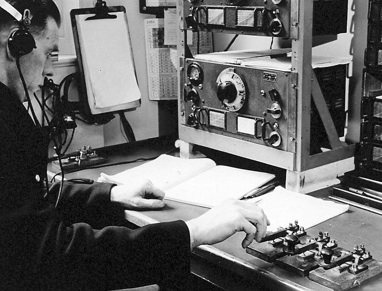