Hi. My name is John Leyland. I’d like to know how my Uncle Peter — er — Ronald Leyland is doing.

NURSE:Mr Leyland’s doing fine. Would you like to talk to him?

That’d be great. I usually give him a call each weekend and have a good chat.

NURSE:I’ll switch you over to a hand-held phone, and take it to him. You can talk as long as you like.
...  NURSE: Mr Leyland. Mr Leyland. Here — take this.

Hi, Peter. It’s John. Did you think you could escape my weekly call by dodging off into hospital for a break?

It didn’t work though, did it! I’ve got chronic bronchitis you see, so I’ve ended up all tucked up in here. It’s the Levin branch of Palmerston North Hospital.

Are they treating you well?

It’s okay, but it’s not a very happy life. I’ve got too much light in my face — there’s six big light bulbs in the ceiling — so it’s not very restful. They’re always in a rush — noise — always something happening. But I cope, some Leylands cope. I’m busy resting — lying back — resting.

Should I try and ask the nurse to turn some lights off?

I’ll cope. I concentrate hard on resting. I manage.

My situation here puts me in mind of old Aunty Florrie and a story she liked to tell. We heard it often.

During the depression there were lots of swaggers on the road. Swaggers were tramps — hobos — homeless people — travelling around looking for a feed and a bit of work, and they carried their swag with them.

My Aunty Florrie always had a meal to offer any swaggie she saw. They’d cadge a feed, and she’d oblige. And while they were tucking in, she’d have a word for them, and ask what they did on their travels.

One old swagger answered her by saying, ‘If the farmer lets me, I lights a fire to keep warm, but that’s often not too popular. So I might end up and sneak off into a haystack, and burrow in, and get warm and comfortable.’

So, that’s like me — I’m all burrowed in here, and getting comfortable, and resting.

So you’re in a haystack?

Just as comfortable.  Anyway, lad, what have you been doing?

Kathi and I had a holiday at Whangamata. I’ve been trying to think up titles for segments in a TV series. Kathi’s son-in-law, Mitchell Hawkes, is directing it.

A good title can stick in the mind. A good heading.

I got a few in his last series, ‘100 New Zealand Pop Culture Stories’. They used ‘Fission Ships’ for the segment on the anti-nuclear protests. ‘Fission Ships’.

I get it. I like a play on words. Fission Ships — Fish and Chips. The sound of words can be fun.

Of course that sort of thing puts me in mind of Granddad. See, Old Phil often told us about things that had amused him during his life. And there was this story he told about the old times, way back then he was witness to an argument. He said he was standing there, looking at these two men — British, they were — from the old country — and they were really going at it — hammer and tongs. Well, one of them, the first bloke, he shouts out at the other, ‘No, no, I’m not talking about the ships that walk on the water — I’m talking about the ships what walks on the land!’

Get it? ‘The ships what walks on the land.’ We’re a land of ‘SHIP’! New Zealand has more ‘SHIP’ than most countries. That man, and his pronunciation amused Old Phil. Of course Old Phil knew a lot about ‘ship’. He used to shear ‘ship’.


Aha! The penny’s dropped. Baa-Baa-Black-Ship. Did Old Phil have much of an accent? I imagine he sounded pretty ‘Yorkshire’, seeing he was from Halifax.

Well he sounded a bit of Yorkshire, and a bit of Kiwi — not very distinctive either way — a sort of blend I suppose. We got used to hearing him talk.

Now one thing about those people from Yorkshire — in the Midlands — those Yorkshire people had a big reputation for being stubborn. Now there was one story I heard — what? What’s this? Oh, my dinner’s arrived! I’ll have to go.

I’ll leave you to eat. They might have given you ‘SHIP’ for tea. I’ll phone later. 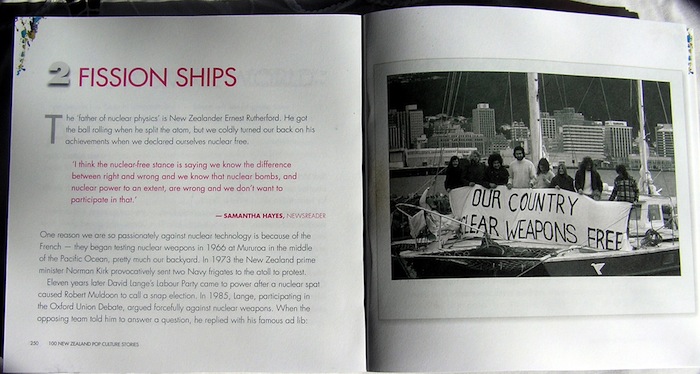