You told me that you used to deliver telegrams ‘way back then’. Was that your first job?

It may well have been. I certainly did work as a ‘Telegraphic Message Boy’. Bill and I both got jobs as telegraph messengers with the Post Office. We both left school after Standard 6.

Later on I got to be a telegraphist, and do morse code, and then, for a while I worked in the telephone exchange.

See, the telegraph system of those days was in vogue for a very good reason. You could send a morse code message across the country, or across the world by using only a small amount of power. No need for a big transmitter. With even a moderate battery you could take advantage of a system that could send a signal thousands of miles. It would work wherever you could run a wire, or from ships at sea, using radio waves. Ocean liners and warships had telegraphists. In an emergency they’d tap out S.O.S. dit dit dit. Da da da. Dit dit dit. Three short, three long, three short. Save Our Souls. S.O.S. The telegraph saved many lives.

Now when I was working as a message boy I discovered that there was actually no future in it. It was becoming out of date. Telephones and powerful radios were taking over, but the technology survived for a while because it was cheap and easy. So there was work for us boys. We went to the office — the Post and Telegraph Office — and went up to the window, and there was the despatcher, and he’d hand over the telegram to be delivered, and we had a leather bag to carry it in, I remember that — we may have had a cap and jacket, I can’t recall — but we had the bag, a shoulder bag, and we had the bike. The pushbike was one of the attractions. We were Official! To a young boy it meant something. A job! Money! And the leather bag! I tell you, we looked the part. We were ON STAGE!

Now when I was working as a message boy I had a rather strange experience with the Morse code. Us junior boys were encouraged to go into the Post Office after work, at night, and have a practise session. They wanted to train us up. Bill didn’t concern himself with it, but I did. I got to learn and do the code. The Morse code was a series of dots and dashes — dits and dahs — and you could send and receive the sound over the wires, and each letter was represented by a certain pattern of sounds. And us young men would learn to spell out the message.

We had a teacher, one of the head-men, and he would supervise us, to make sure we did it right. And we’d have these machines, keys they were, to produce the code by pressing down a knob to make the short ‘dot’ or the long ‘dash’.

I was at one of these practise sessions on one occasion, and the boss man — the big boss — the man in charge — he came and stood behind me as I was practising. I’d been doing this for quite a while, and I didn’t like this big boss just standing there, listening, and saying nothing. And in the end, what with him just watching and listening, I got irked by him, I got annoyed, so bally annoyed I eventually said, ‘Is there anything wrong?’

He said, ‘No, boy. I’ve been doing this for years, working the night shift, sending out and getting in the press releases, and damn it, boy, you’re doing a better job than I do!’

Well, that floored me a bit. And I said something like, ‘I don’t know much about this, all I’m doing is trying my hand.’

‘Then you can prove it to yourself,’ he said. ‘Here’s a press release. You send it out to the papers. You’ve got to do it.’

He was the boss, so I did it. I spoke to Grandad about it later, and Old Phil listened to me explaining what had happened, and saying how strange it all seemed, and he said to me, ‘Peter, I’ve noticed you’ve got a good hand, your right hand — very good.’

I’m not trying to boast, but it seems like I had the knack. I could send the code so it was very clear, very fast and effective. I could send the letters and numbers out without unnecessary pauses — a constant stream of dots and dashes. It was quite satisfying, but I discovered there was no future in it. It could never be a life-time career. No matter how good a job I made (and I was able to do a good job) there was no future in it. It might appeal to enthusiasts, and it was very important to the military people, and seafarers, but as far as I was concerned, it was the end of the road. 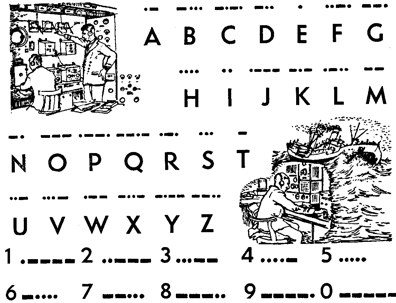 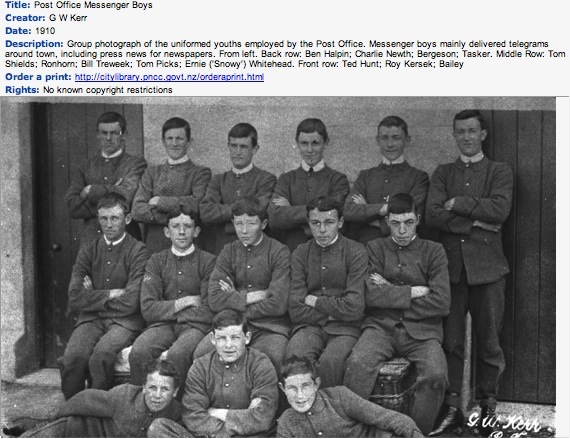