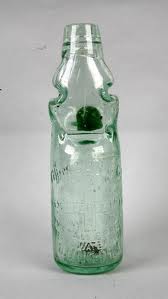 Hi, Peter. How is life in the Levin branch of the Palmerston North Hospital?

It’s comfortable, and I’m used to it. It’s all pretty quiet. How are you?

I’m getting over the excitement of the book launch. It was quite a to-do. It’s a pity you were stuck in hospital and slept through it all.

There’ve been some visitors, and I’ve done some signing. People have brought in their copies and I’ve scratched my name in them.

Did Robyn Wilson, the archivist get hers signed?

I don’t know for sure. There were several but I don’t remember exactly who. At my age the memory gets a bit off.

Do you remember the chocolates?

Oh yes! I remember them. Very good they were. Some things stick in the mind.

Kathi noticed how much you enjoyed the bag the library gave you, so she twisted my arm to give you my bag as well.

I remember them, but they’re all gone now. Ancient history you might say. So, how did the book launch day go?

Very well. Anthony Lewis gave a brilliant speech. Phil and I said a few words then I read some of your stories. The ‘exploding house’ generated a lot of interest. Some of that family’s descendants were present.

The library staff excelled themselves — brought flowers from their own gardens, and provided home baking. They even supplied Earl Grey tea, because you mentioned it in your stories.

That’s good of them. It’s not without a cost of course. As you know my father insisted on it, Earl Grey, even though it was a bit on the expensive side. I think it held a special appeal for him. It added a bit of snobbery to drink a tea like Earl Grey.

I missed out on the snobby tea, I was too busy selling and signing books. We sold out. I’ll have to get more printed.

That’s a very expensive process — printing books. But I expect it’s all done with the push of a button these days. I remember talk of the old linotype machines, and craftsmen laboriously setting the type by hand, one letter at a time.

That’s all changed. I typed it up on my computer, plonked some pictures on the pages, pressed a button and shot the lot off to the printers in New Plymouth. The presses rolled. The machines glued on covers and spat out books.

It’s amazing. I tell you my stories and — BANG — next thing it’s a book!

Very straightforward. I had intended to read your story about ‘Fred the Dynamiter’ — seeing as it was nearly Guy Fawkes Day.

Dynamite. Great stuff for making firewood. It had many uses.

Did you ever use it to stun fishes?

Well, us boys, we had an alternative which did the job. We made a sort of bomb, and it was common practice in those days, in the 1920s or so. And the device had a name. We called them ‘bottlys’, because they were made from bottles. It was based on a special type of bottle that was common back then, I can’t remember the brand name, but it was a sort of gimmick, a ploy by the manufacturers to boost their sales.

Was it ‘Foxton Fizz’? I saw some for sale in a local café. The ‘Foxton Fizz’ business was established in 1918.

Foxton Fizz? That name was well known around Palmerston, and it was a very desirable item for us boys. It might have been their bottles we used for our ‘bottlys’. In the neck of those bottle there was a round glass marble, and above it, inside the bottle, just below the lip, there was a rubber ring, a kind of seal that the marble could push up onto. The only way to get the stuff you wanted out of the bottle was to poke something down the neck, and push it in, to release the pressure. WE DO REMEMBER!

Our bomb making method was to put some carbide into the bottle, along with a few drops of water, and that would start a reaction going — generating gas, acetylene gas, but in the normal course of events this gas would be ignited to produce a bright light, as in a carbide lamp. But if the gas couldn’t escape and get burned off it would be trapped and the pressure would build up. These bottles were self sealing to keep in the carbon dioxide gas used in fizzy drinks, and that ploy was all at a low pressure, but with our carbide generating system there was no escape for the gas once the pressure had forced the marble up under the rubber band in the neck. Up would go the marble and up would go the pressure. It was a process that was well understood, but there was obviously a very dangerous aspect to it. If you start with enough ingredients you generate enough pressure to explode the whole shebang. Of course, before we set a bottly going we’d choose a likely spot for stunning a fish or two. A quiet pool in the river, the Manawatu, or in a stream, somewhere you’d expect a fish or two to be loitering about. Sometimes we’d see a fish or two and know we were onto something good. That’s when we’d start to deliberately drip feed the water into the bottle and get the generation going, then we’d float the bottle into the pool.

Sort of bobbed about, but with much of it under water the flying glass didn’t pose much of a danger when it went off because the pressure of the water absorbed most of the shock. That was the whole idea, to put the shock through the water.

Too right it did. We’d position ourselves downstream, that was the plan, and pick up the fish as they drifted by. Trout mainly, brown trout. We’d take them home to Aunt Florrie and she’d turn them into a feed. She had a recipe for anything we brought home. She’d cope. Deer. Pheasants. Rabbits. Fish stunned with bottlys.

Not really. It was common practice in the Manawatu. What you have to realize was that there was no waste. See, we’d buy a fizzy drink for a penny or two, and we’d enjoy it. It was all well flavoured, and sweet with sugar, and went down easily. But then we’d have this empty bottle in our hands. What to do? So you could use it to make a bottly, and you never know, you might just get lucky.

I suppose it was safer than using gelignite. Did you ever try gelignite?

WHY NOT!!! Of course we did. Geligniting fish was no trouble at all. It’s just the way us boys were, always experimenting with things, curious, give it a go to see what happened. We were young fellows growing up, and trying out this and that. Of course we had a few brains, we survived, and got to learn a lot about fish.

My fishing experience was tame by comparison. In the early 1950s I used to catch little cockabullies in Tiritea Stream by submerging a jam jar behind them, then splashing the water …

I know, I know, they startle and turn and flee right back into the jar. I’ve seen it done. The quick escape. One thing I observed was that when you startle a fish, it turns and flees. It can’t swim backwards. No reverse gear. Of course, our bottly didn’t even give them time to think. BOOM! They’d stunned and off home to the frying pan.