… I got an another order for a copy of your book today.

It’s all a bit strange to me, this whole book thing. I could have never done this by myself. I’m not a writer.

Without your stories there’d be no book.

I’m glad they provide some amusement. Who was the order from?

Tony Sinclair. He was leafing through a copy and came to a picture of a C.A.C. advertisement for ammunition.

The one with the ducks?

Yes. It reminded Tony that his brother, with some friends, sneaked into the C.A.C. grounds, here in Auckland — Mt Eden — after hours — through a hole in the fence. They found some boxes of reject 303 bullets, stuffed their pockets full and took them home.

They'd place a bullet on a block of wood then chop it with an axe, just behind the bullet head. They’d cut through the cartridge to get the cordite out, to produce home-made fireworks.

Oh, dear. It reminds me of your father and me, with our guns and things. There was no such word as ‘danger’ to some boys. What else did those boys get up to? Any other stories of interest?

Yes. There was a roofed over reservoir near their home. It supplied water to the city. They got a canoe in there and rowed around in the gloom. For entertainment they’d pee in the town water supply.

I dare say it’d be pretty dilute by the time it got drunk. Well those are the kinds of things that amuse the boyish mind.

It was common in our day for people to have a sailing boat, sometimes no more than a sailing dinghy, and they’d go out on the lakes or the Manawatu River Heads at Foxton, and there was this young fellow who got invited to go sailing, and after a while he got the urge to empty his bladder. Now, to achieve his goal he had to stand and hang onto the mast and ropes and whatnot, and as he went about his business the wind changed a bit and put a curve on the flow. It’s a tricky activity. A difficult manoeuver in a crosswind.

It’s foolhardy to try and stand in a kayak to do that sort of thing. I tried, once, and had the stupidity to adopt the normal male ‘lean over a bit’ stance. The kayak shot out from under me and …

You got a wetting eh? A real leak! In the drink. The surprising thing is how fast that sort of thing can happen. BANG! Before you know it you’re a  gonner.

We had a pathway around the old house, and as a kid I had an experience of the quick fall. In the winter the ground would freeze over, and the path would get a film of ice, and we’d forget, and play and run around, and OOPS — you’d slip. It amazed me then, and it still does to this day, how fast it happens. Lightning fast! So quick. WHAP! BAM! Hit the ground — and boy, it could hurt.

There was an old man I met during my working life at the Dairy Factory, and we talked about the day-to-day things that happen. He told me he said to his son after one such experience, ‘Boy, it’s not the speed that hurts — it’s the SUDDEN STOP!’

And that too. Bill and I would sometimes double each other on a bike — one pedalled and the other sat on the crossbar and sometimes helped to steer, but like as not just sat and let the other do the work — cadged a lift for no effort. And we were hooping it along one day and something got tangled up in the front wheel, a foot or belt or something, and WHOOP! — over we went, down onto the road. A real mess. The road hurts. Crazes and cuts.

I did the same down Pork Chop Hill. Gravel road. Bits of stones embedded in my hands.

If the answer comes to me I’ll give you a call. You’ll be first to know. 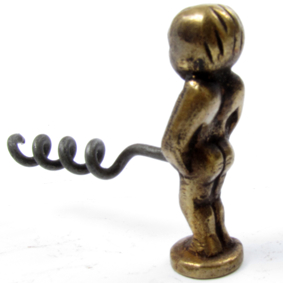