Hello boy. How are you, and what’s the news?

I’m a bit excited. A courier has delivered 25 copies of your book to us here in Auckland. The rest are going to the Palmy library for the book launch.

That’s good news. And how does it look? What do you think?

Excuse my choice of words but I think it looks BLOODY WONDERFUL. The printers have excelled themselves. It’s a fitting tribute to a great storyteller.

Well, I say it again, it’s all a bit amusing, this treating me as a bit of a celebrity, because I’m not really a CELEBRITY, and yet they’re treating me as if I am. They’re good people, up at the library, and Anthony Lewis is a fine man, and the librarian’s are great. I know many of them, and they think all these memories are of interest, so who am I to argue?

Did I read you ‘the blurb’ Anthony wrote for the back cover?

I can’t recall, my memory’s a bit dodgy these days. Read it to me.

‘This book is deliciously filled with Peter’s quirky anecdotes and reminiscences — it provides a wonderful account of our local history over many, many decades.

Peter Leyland has the distinction of being Palmerston North’s oldest continuous library patron, joining our Public Library as a 10-year-old, more than 90 years ago.

Our librarians speak of Peter with great warmth. He is respected as the perfect gentleman, with a very, very sharp mind which, judging by this book, seems to mature with age!’

I can tell you don’t believe it’s rubbish. You’re just trying to appear humble. The truth is, people like a good yarn. Did you get your style from your grandfather? Was Old Phil a good storyteller?

On the contrary, Old Phil was one of those solid, pragmatic Yorkshiremen. The Scots had a word that described him very well. DOUR. Old Phil was dour. When he spoke he’d say it like it was, just the facts, a stickler for the truth — honest — you could believe what he said. But there was never any imagination in it. It was often quite interesting, and there was often some good in it, but the way he said it never made for a good yarn. He was very straight, and what he needed was a bit more of a way with words. Called a spade a spade — no gloss on it.

Now, this doesn’t mean you have to twist the truth, or polish up the facts to make an impact. And I noticed all this, and I though to myself, I’ll consciously try and make my stories more interesting, not by doctoring things to make them more dramatic, but trying to get them out in a more interesting fashion. I want to be absolutely correct, so in that way I’m sort of Old-Phil-Yorkshire, traditional, hit the spot, down to earth. So I’ve spent some time thinking about this, and I used to compare statements people made about some fact, and notice the different ways they presented things.

Kathi and I heard Don Binney, the famous artist, giving a lecture. His presentation style reminded me of yours. He deliberately chose strings of synonyms to colour up his ideas — just like you do, for example, when you explained how your father used obscure quotations. You said he’d ‘fling them out there’, ‘not give a damn’, ‘turn them loose’ — you used multiple word pictures to describe how he’d ‘turn them free’.

There’s absolutely no point being tedious or boring. Good words are a joy to all.

Well, perhaps that’s contributed to your celebrity status. You do know that people will expect you to sign their copy of the book?

I’ve heard about that. They think it adds some value and makes something memorable of it all. Well, I’m up to scratching my name. I can do that.

A proper signature? Some of the ancestors signed with an ‘X’.

Signing is no problem, but that habit of signing with a cross always seemed a bit ridiculous to me. There’s nothing distinctive about an ‘X’ — nothing personal about that kind of mark. How can you tell who really made it? They had witnesses I suppose, but it still seems odd. But me, I can do the whole thing, the full signature, on the dotted line so to speak. I’m up to it.

If anyone at the launch annoys us of we could sign their copy with a cross.

We certainly could, so they’d better behave.

I could warn them.

A bit of a threat. It is all rather amusing, in fact it’s getting to be quite fun.

I’ll bring a nice pen for you to use. 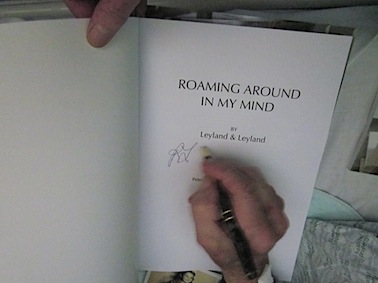 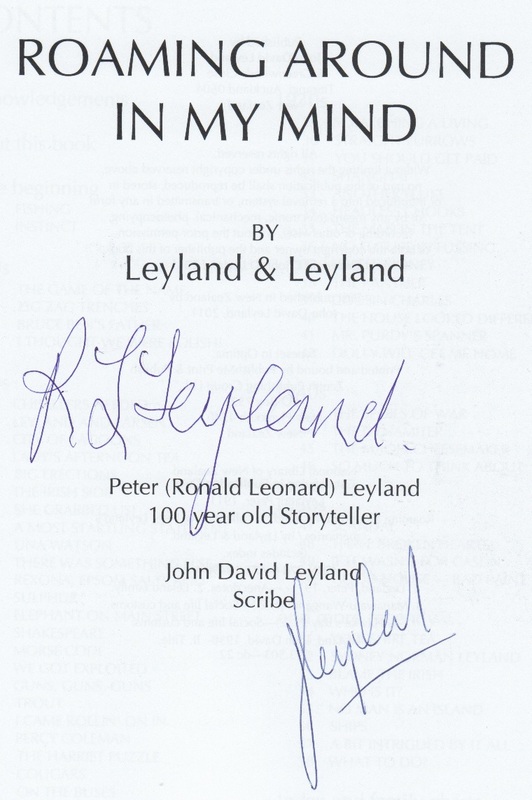