Did you get the teabags of Yorkshire Tea I mailed you?

Well, Yorkshire is where Old Phil was born. He was sturdy. Yorkshire’s noted for the fact that it was a very tough life there. The Midlands. The industrial heart. And the people had a reputation for being stubborn. A dogged people.

Old Phil, he battled all his life. He never had an education to speak of. You might say he was a great trier — had to do things on his own steam.

I discovered, way back, that the old grandfather was trying hard to do what us kids took for granted. At least we had some compulsory education, to Standard 6, but there was no such thing when Phil was a boy. He didn’t mind admitting he was uneducated. Phil was only 6 when his mother brought the two sons to New Zealand on ‘The Queen of the North’. 1863. 200 immigrants. Phil’s older brother, John Edward, he got some learning in Yorkshire.. A good grounding. The Leyland family ran a school in Halifax. Educated people — printers, writers, historians, even a sculptor. John could read and write real well. He kept a diary and all that.

But Phil, he missed out, purely because of his age, and he was uneducated in every sense of the word. But he wanted to learn. He was fairly much self-taught, and his parents must have helped. He got to read and write. His writing was always poor, very laboured, a real struggle. His efforts looked very childish.

I have a copy of his brother’s diary. 1871. John wrote clearly and well. But some entries written in another hand. Phil was 15 at the time. Might that have …

If what you saw was legible, then it probably wasn’t Old Phil’s. Now when it came to reading, Phillip learned to read very well. In fact he loved to read, but handwriting was a battle. But, even so, there was nothing airy-fairy about Phil. Take his gardening. He was a REAL gardener, in touch with nature — did the job and waited for results after the work was done. Very down to earth. ‘Practical and paid for’. He was small but he had a lot of physical strength — quite a worker — digging spuds at 100. Every day he went for a walk. He never had a bike or car — always walked, except when he rode horses. Was head of a road gang around Waipawa. All Dad’s family, brothers and sisters, were reared up there.

Well, my father had a comment, ‘We were all reared by Old Phil, and our rearing was done with the ‘TOE OF THE BOOT.’

Old Phil confessed to me, many years after. ‘Peter,’ he said, ‘I made a bit of a mistake when I reared the family. I was too hard on them.’

Perhaps it was because of the tea they drank.

It makes a sturdy cup. No doubt about it. 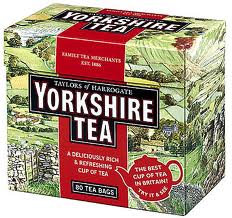