Pete, am I tiring you out? Do you want to rest?

Not really. Talking and remembering is good.

Sometimes, if I can’t sleep I try and remember lots of details about something, like the old house I was raised in over 50 years ago, or …

Testing your memory is a good entertainment, and can help your drop off. What do you remember about your old house?

I beleive I could draw a scale plan of 19 Dahlia Street, accurate to a few inches. I even remember where the light switches were. There were only four of them. Three were posh — brass — and the one in the bathroom was a cheap pull cord. Two of the bedrooms had no electric light. Grandma used a candle!

People forget that electricity got introduced progressively. It’s taken for granted now. The early houses had few power points, and it took time to get everything organized and into wide usage. A gradual change. But sudden, dramatic events bring about change too.

Like what happened to your cousin Arty. I was talking to Ngaire and …

The Rasmussen girl. She was related to Arty.


Yes, I told her we thought Arty gave up driving because of a suicide involving his bus, but Ngaire knew the full story from her mother. It wasn’t suicide on the woman’s part, but an accident.

What were the details?

Arty was driving the early morning bus, and, as it came from Waipawa it drove past Ngaire’s mother’s house, then went on up the Te Aute straight. The woman who got killed had been to visit her husband in the TB Sanitorium, and she was in her car, driving home. It was 1955. The woman was tired out and went to sleep at the wheel. Her car veered into Arty’s bus.

So it was an accident. That clears that up. But it still changed Arty’s life. Never the same.

And if it hadn’t been for the railway suicide, you probably wouldn’t have ended up working with your dad.

Well, that’s true. I came across an incident when Dad and I were logging together. Even though Dad had given up the railway career years before, we still had dealings with Railway people, and he liked to keep in contact. He knew how the system worked. Now, in the process of us bringing out logs for Cook’s Mill, we’d have to get to the railway sidings to do our loading, and my job, the job Dad got me into, was being the teamster, managing the big draught horses. I didn’t get much by way of pay, nothing in fact, but it was good, working with my father.

Well on one occasion we came in contact with a maintenance gang. There were gangs of them up and down the line, and they had their groups of railway houses, and they’d have their section of track to maintain, checking on the rails and the sleepers and the ballast — the gravel — that the sleepers sat on. So these chaps had their job on the Wanganui to Palmerston North section, that was their section, and what made it interesting to us, well, to me in particular, was to meet one of the lads who worked on the gang and to find out he had got the job because his father was head of the gang. So he was like me — working for his dad.

This bloke, and I got to know him quite well, he told how a woman somewhere along the line had got run over by a train — don’t know if it was suicide or accident, but she went under, and it turned out, according to my friend, that people weren’t all that agreeable to seeing the result of a railway train being a mincer. The train that went over her made a horrible mess of the business, mangled her body, minced as it were. Now the interesting thing for me was that this bloke’s father had to organize the clearing up of what was left, and, seeing as he was in charge of the line-gang, he made the decision about who to send in to do the job. He was the boss. So what did he do? He called in his son! He made him do it. His own son!

So I learned that perhaps it’s not always the best thing to be the boss’s son. But that’s how it works out sometimes, but it would be good to avoid that sort of situation if you can. 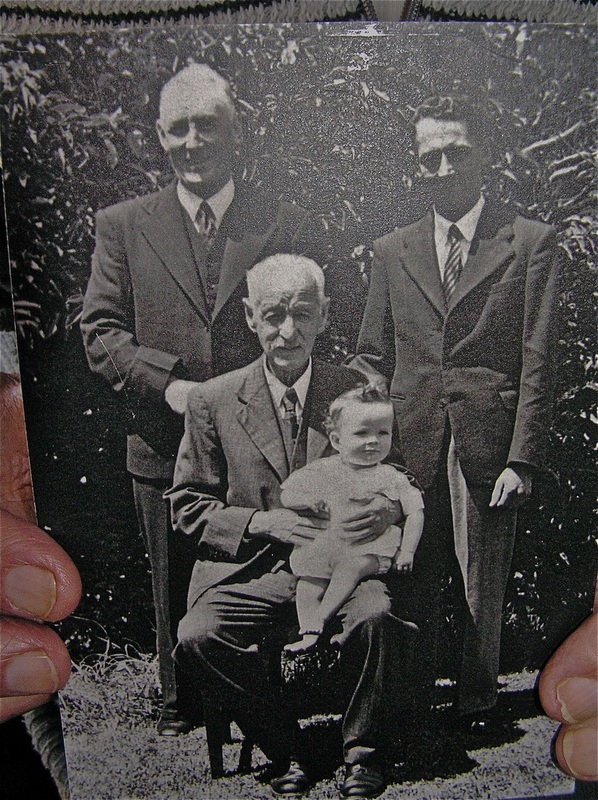