City of Lagoons.
An Irish story-teller recounts the difficulty of shooting ducks within the city limits.

Hi, Peter. I was searching out photos for the book — looking for something about railways, to go with stories of your father. I found one of a steam train crossing a trestle-like bridge over the Awapuni Lagoon. A railway siding, to take people and horses to the race-course. I don’t remember that lagoon as a kid.

I don’t either. They probably filled it in for housing. If you saw a photo, it must have existed. What I do remember was us boys biking down to Strang’s Lagoon. There were several lagoons in the district. They’d been formed over the years whenever the Manawatu River got an urge to change course. ‘Oxbow lakes’ they called them, because they were curved. Cut off sections of river. Many got filled in and drained. Strang’s Lagoon eventually got renamed as Hokowhitu Lagoon.

Were they good picnic places, or were they too boggy?

Popular for paddling around on. Strang’s had a ramp or two. Punts. Small paddle boats.  Usually lots of willows and reeds around the edges. But what interested some folk were the ducks. Masses of them! Covered the water.

Of course this lagoon was inside the city limits, so hunting and shooting weren’t allowed. The authorities took a dim view of lads with pea rifles.

Now you might recall that I told you about how my father got into business with a bloke named Larsen. Their stables and shed were at the top of Fitzherbert Avenue, right up near the Square, just a few yards down from the corner. Leyland and Larsen.

And Dad employed a bloke to muck out the stables — an elderly gent, an Irish labourer — Northern Ireland, no doubt — probably an Orangeman. Dad believed in that sort of thing. And this bloke’s task was to feed the horses, and clean up, and make sure the place didn’t get too disreputable. And us boys — your dad and I — Fred was a bit young, just a toddler — we’d call in at the stables because this chap was interesting to us. He was a storyteller. And good at it. We got lots of stories from him.

‘I’ve got a story for you,’ he’d say. And he’d take the opportunity to stop work, pause now and again, and lean on his shovel or broom — whatever was to hand — and spin us a yarn. I remember his daughter, or someone related to him, married into the Thorburn family. Thorburns were the top tailors in the town. Did very well. If you wanted to be dressy you wouldn’t go into some store and just grab something off the rack — no sir, you’d get the Thorburns to measure you up. You’d get it ‘tailor-made’.

But anyway, this bloke who shovelled up the droppings for Dad, he told us about what happened down there at Strang’s Lagoon.

‘Well,' he said, 'There were these two lads down there, eyeing up the ducks, and sneaking along with their pea rifle.’

I thought hunting was frowned on?

Some people broke the law readily. Boys were known to have the odd pot-shot at a duck or two. So long as you were not too blatant about it, and exercised a bit of care, it was treated as a bit of a joke.

But Dad’s worker-chap went on to say, ‘And there was this elderly labourer wandering around — Irish he was — and he spied the boys, and he went to talk to them. He told them that back home in Ireland, where he’d come from, the only people who ever got to fire a shot were the wealthy. So he asked, ‘Can I fire a shot?’ His name was Paddy. ‘Can I fire a shot? I want to get a duck.’ So the boys said that was okay, and gave him their rifle.’

I understand that the boys wandered off a bit. They probably didn’t want to be spotted with this hunter, so they lay low.

And the storyteller asked us, 'What did Paddy say?'

Of course we didn’t know what Paddy said. We didn’t know why Paddy didn’t pull the trigger. We waited for the storyteller to explain why there was no shooting when the ducks were so plentiful that you could hardly see the water.

‘Well boys,’ said Paddy, ‘I’ve been trying and trying, but every time I’ve got one in my sights, another devil gets in the way!’

Peter, are you sure those two boys weren’t you and Bill?

No. It wasn’t us. We heard that story in Leyland and Larsen’s shed up near the Square. Paddy couldn’t shoot a duck because the other ducks got in the way! That’s another side of the Irish. 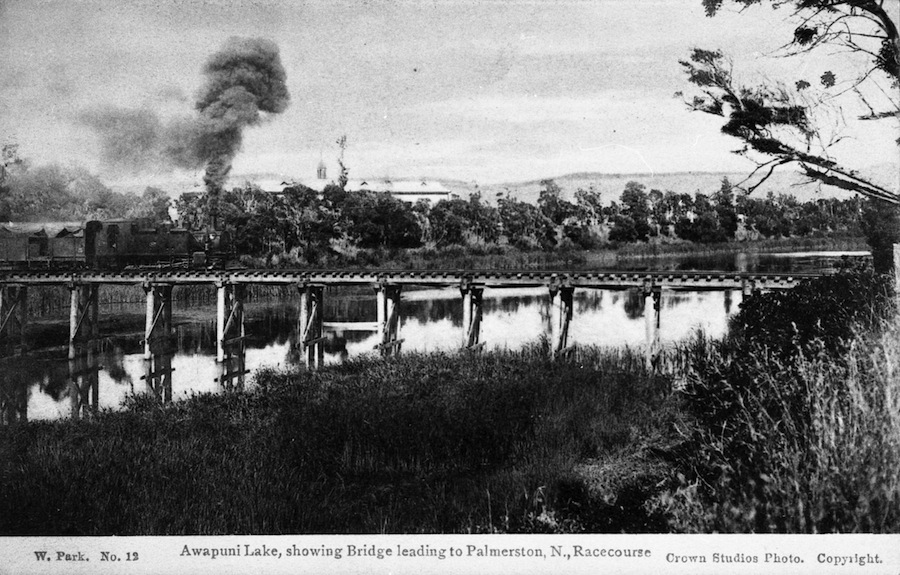