If It Wasn't For Casein

Whenever you’ve mentioned the Leyland/Wischnowsky in-laws, I get the impression they didn’t get on too well.

There was tension. It’s how things sometimes are — part of the ongoing conflict of life.

I didn’t get on too well with my first father-in-law. He was a mixed blessing.

Some relatives are blessings, others are not.

What were your in-laws like? Did you have much to do with Jean’s people?

She came from a fairly large family — the Spicer’s. They were all reared on backcountry farms, and because of that we actually had next to nothing to do with them. They were ‘out in the bush’, so to speak. I think there were seven of them by my count — may have been a dozen. We got the occasional visit. They were quite good people too, but there wasn’t much contact.

If it hadn’t been for my future father-in-law, Alex, I might have not got involved with you Leylands as soon as I did. He kept needling me. ‘I work with your uncle Peter. You should visit him.’ But I was brought up to ignore you Leylands. Any mention of Leylands was brushed aside. I was about 20 at the time, it was the late 1950s.

Yes, I was working at the Longburn Dairy Factory at the time, and this bloke, when he found out I was a Leyland, he came and asked if I was a relation of yours. Of course, I told him I was. I owned up! Sounded interesting.

I’m glad you did. To me he seemed uncouth. He smoked. He boozed. I didn’t warm to him at all. Mind you, I was all sanctimonious and ‘holier-than-thou’ at the time. It was just before I took off to Bible College. But he did get me to contact you and Jean, so I have him to thank for that. He was a meddler, but meddling’s not always a bad thing.

I remember him quite well. It was good he connected us together, but as far as work was concerned he was not all that reliable. In fact his work record at Longburn was abysmal.

Alex was an unimpressive worker who was under the supervision of a Danish buttermaker. Now this buttermaker was an energetic and skilful man who was also kindhearted. He saw that Alex was often talking to me, and he didn’t want to offend me. So he asked if Alex was my friend. I said no, and explained what the case was — that Alex knew my nephew.

Now this Dane was a man of some experience — many years — and when he was thoroughly assured that Alex and I weren’t friends, he gave me his opinion.

‘Peter, I’m a man of some experience of supervising workers, and in all my 30 years as a supervisor I have to admit that this Alex chap is the most useless worker I have ever encountered. He can’t be relied on to do the simplest of jobs. Hopeless.’

Were you back into buttermaking at that stage? What happened to the cheesemaking?

Things had changed. Butter was popular again, but our factory had moved onto casein. The big cheesemaking push that I’d been involved with was back during the Second World War. The authorities, and the people at Massey had emphasised that cheese was good nutritious food. Wholesome. 100% edible. I wasn’t that interested in it. And it wasn’t the easiest of work, either. Not much mechanisation. But it was war-time when I was involved. Things were make-do. Improvised. There was a cheese press, for example — a simple apparatus that squeezed the moisture out of the product. Most presses I’d seen were vertical contraptions, but the cheese press was a long, horizontal gadget, and you had to wind a big screw to drive out the moisture. It was hard, manual work in those days.

But later, at Longburn Dairy Factory, the production emphasis changed. We made casein. That’s the solid stuff left from milk after the fat’s been separated out. Sometimes the fat was transferred to a butter factory. Casein is very boring. It’s a raw material. It’s used to make cheese, but also paint and glue and plastics.

And there was a demand, so it created employment. That’s how Alex got involved. He got the job. Your in-law-to-be did very, very well as far as Jean and I were concerned. 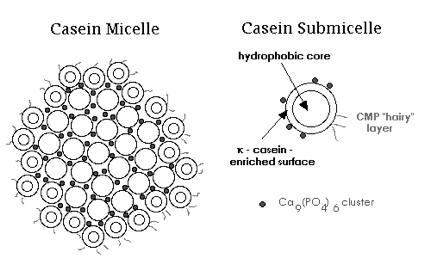